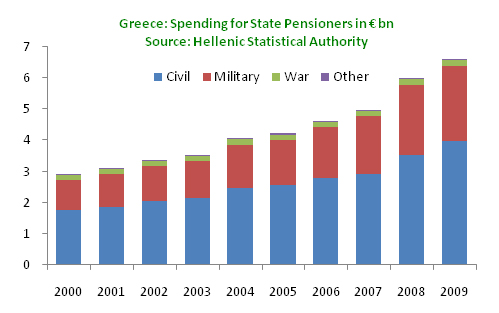 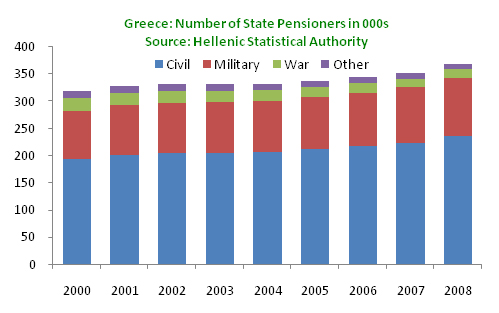 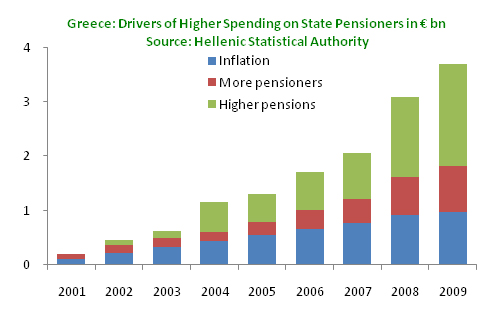 Of the €3.7 billion increase, inflation accounted for 26%, the higher number of pensioners made up 23% and higher pensions contributed the remaining 51%. Thus, half of the increase in government spending for state pensioners came from giving out more generous pensions. Military pensions were 50% higher than inflation alone would justify and civil pensions were 35% higher. 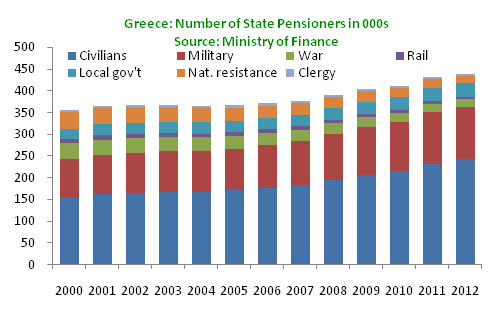 Both data series have their advantages and they generally match with two exceptions: the ministry of finance data is for October of each year (ELSTAT does not specify whether this is year-end), and the ministry also includes a count for national resistance fighters, which do not show up in ELSTAT. But the numbers are pretty close otherwise.

For all charts, except the last, I have relied on ELSTAT. There is one more exception: ELSTAT reports spending for 2009 in its Statistical Yearbook 2009—2010, but it does not report the number of pensioners in the same way. I have used the data from the Ministry of Finance to estimate the total number of pensioners in 2009. The results are the same: the split between inflation, more pensioners and higher pensions is similar for the data through 2008 (48% explained by higher pensions).
Posted by Nikos Tsafos