How Greece was Supposed to Turn Out

As we approach the three-year anniversary of the Greek bailout, I thought these four charts would be instructive. They compare the forecasts made at the time (by the IMF and the Greek government) versus what actually transpired. 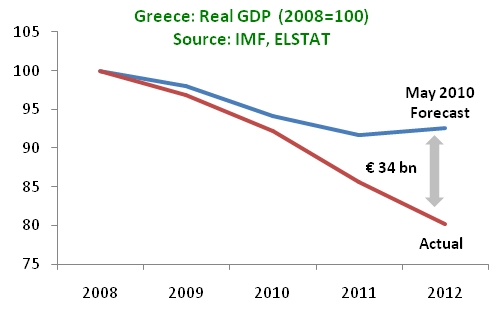 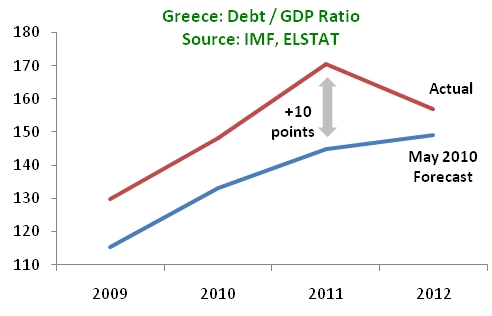 The third graph shows inflation. The forecast in 2010 expected that prices in 2012 would be a mere 4% higher than in 2008. Instead, prices in 2012 were 10% higher than in 2008—a miss of some 160%. As the IMF explained later, it underestimated the monopolistic and quasi-monopolistic structures of the Greek marketplace that would prevent prices from falling. That and steady increases in VAT pushed prices higher, squeezing households. 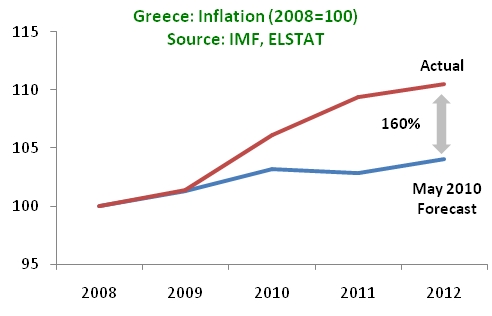 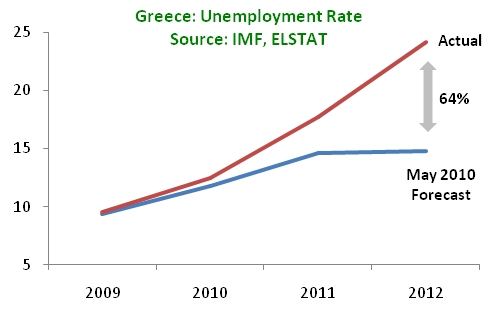 In sum, the Greek economy has contracted by more than twice the amount forecasted in May 2010, prices have risen 1.6 times faster than anticipated, and unemployment has been 60% higher than expected.
Posted by Nikos Tsafos